See My Past Posts!

This is just a short paper I wrote about the Gigi Jordan case. The characteristics of the offender part needed to be a little different…talking more about the motives and causes instead of a list of issues, but this is still an interesting case and I wanted to share! As always, this is my work so please do not steal! Thanks 🙂

Characteristics of the Crime

On February 5, 2010, police were sent to The Peninsula, a 5-star hotel in Manhattan, New York where Gigi Jordan and her son, Jude, were staying. The police had received a tip from a worried aunt that something was wrong with the two because of some disturbing emails Jordan had sent. Jordan’s emails talked about killing Jude, who was thought to be autistic, and then committing suicide herself (Baker & Hughes, 2010). When the police went inside the room, the door had a “Do Not Disturb” sign on it and a couch pushed in front of the door. They found Jude, who had already been dead for quite some time, on the bed, and Jordan slumped over on the floor with a faint heartbeat (Dobnik, 2010; Parascandola, Burke, & Mcshane, 2010; Schram, Celona & Alpert, 2010). It appeared as though Jude had overdosed and that she had then attempted to commit suicide by overdose as well. There were pills, prescription bottles, and paperwork littering the floor (Baker & Hughes, 2010). Inside the room there was also a suicide note describing that she had killed Jude and was going to commit suicide because Jude was so sick, in constant pain, and she felt helpless (Parascandola & Mcshane, 2010). However, in the note, Jordan also mentioned other reasons for the suicide. Jordan was taken to the hospital and Jude was taken to the morgue. Jordan was charged with second-degree murder and arrested (Italiano & Montero, 2010). She has requested new attorneys several times throughout the last year and some believe that it is a way to stall the trial (Grace, 2011; Jacobs, 2011). On February 16, 2010, she pleaded not guilty to the charge of second-degree murder due to her mental state. In August 2011, she was denied the $6 million dollar bail and remains in jail (Maniace & Gregorian, 2011). It was also discovered that the blood evidence, which the prosecution wanted to use to prove she had actually attempted to commit suicide, had been lost (Moynihan, 2011). She is expected to go on trial on October 21, 2011. 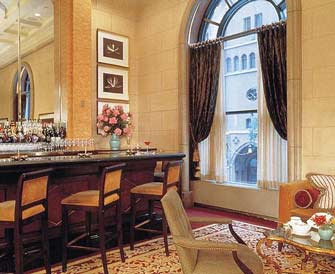 Characteristics of the Offender

According to Roberts and Kuby (2011), Gigi Jordan is a 50 year-old Belgian-American. Around 1990, she created her own company and met her business partner, Raymond A. Mirra, Jr. She and Mirra eventually married in 1998 for the financial benefit of their company, even though their romantic relationship was not going very well and they had separated. Jordan met Emil Tzekov, a yoga instructor, in New York while she was still married to Mirra, and he agreed to be the sperm donor for her child. Their son, Jude, was born in July of 2001. Jordan divorced Mirra and married Tzekov 6 days afterward. Jude began to show health issues and the three began to travel to different organizations to seek help for a cure. He was eventually diagnosed with autism, which was evidenced by his regular screaming and banging of his head (Dillon et al., 2010). He could not speak very much and he was often in pain and had been taken to the hospital for numerous types of ailments such as blood in his urine, severe nail infections, and dental abscesses. He had periods of success and regression with his treatments, but never really improved (Roberts & Kuby, 2011). At some point after Jude’s diagnosis, Jordan quit her job as a pharmaceutical company executive to give all her time to Jude and finding a cure for his severe autism. She even tried a rare umbilical cord blood stem-cell transplant in April of 2007 which ultimately did not help Jude either. It was said of her that she was overprotective and loving, but obsessed with his autism and finding a cure for it (Dobnik, 2010). She could afford to hire anyone to help cure him or to help take care of him with her estimated $40 million dollar estate, but she wanted to do it all herself (Grace, 2010). One friend believed that her desire to find a cure was an issue with control (Dobnik, 2010). It was said that about 6 months before the murder-suicide attempt, Jordan isolated herself from all of her friends (Dillon, Rush, & Gaskell, 2010).
Jordan had her own apartment, but on February 4, 2010, she took Jude to the hotel and paid cash for it (Parascandola, Burke, & Mcshane, 2010). When the police came on the fifth, they found a suicide note that explained that she killed Jude because he was not living a good life, he was always in pain, and he had been sexually abused by his father and by others, which has not been proved (Roberts & Kuby, 2011). In fact, most believe that is not the truth. She also said in the note that she thought that the mob was after her, though also not proven (Oliver, 2010). Jordan felt as though she could not trust anyone. She felt desperate, as though she had no other option (Dillon et al., 2010). She had been living with a severely sick child who screamed constantly for eight years and nothing had been able to cure him. She stated in her suicide note that she hoped that by killing Jude, he would be out of his misery in a better place and that she hoped Jesus would understand what she did (Parascandola & Mcshane, 2010). She probably had a mix of motives. She could have attempted to kill herself and to kill Jude in order to save him from suffering, for control (to get the independence, freedom, and safety back in her life that was missing because she believed her son was being abused, she was being chased by the mob, and because she had no other option to stop the suffering and the constant screaming), or to give her life order and meaning by saving him.
Jordan will probably plead the insanity defense, but the prosecution suggests that she may not be as insane as she appears (Eligon, 2010; Italiano & Montero, 2010). When police entered the hotel room, she was conscious enough to ask for her lawyer several times and the fact that she emailed members of her family, such as her aunt, about what she was going to do suggests premeditation (Eligon, 2010; Grace, 2010). People who knew her said that she was bright, intelligent, loving, and protective (Dillon et al., 2010). Her suicide note itself was even described as articulate and something that took a long time to write (Dobnik, 2010). These are typically viewed as signs of sanity. However, it has also been stated that her psychiatric records had diagnosed her with Munchausen by proxy, which could be seen by her obsession with finding a cure for all his health issues (NYC prosecutor, 2010). He was indeed very sick a lot of the time as mentioned, and she insisted on caring for him on her own; these are signs of Munchausen’s. Though diagnosed with this syndrome and having a good case for the insanity plea, Jordan admitted to the murder. Now we must wait to hear the jury’s decision.

Roberts, M. A., & Kuby R. L. (2011). Memorandum of law in support of motion for bail. Retrieved from http://gigijordanbail.com/files/bail/bail_motion.pdf#page=1

← Research Left Behind: A Critique of the Kitty Genovese Parable
Interventions for Children Who Kill →